Search, Reach Out & Help, that’s what FRIENDS are for!!!

Gerard Palitha Gunasekera was born on 13th December 1961 and was educated at St. Benedict’s College, Kotahena.

After leaving school, he joined the Colombo YMCA and was appointed as the youth works secretary. In 1986, Palitha formed ‘friends’ with a vision of providing underprivileged children with opportunities to become successful citizens. It was his genuine love and affection that drove him to focus towards their welfare.

In the year 1986 Palitha migrated to Australia. And in year 2000 in Sydney the first overseas branch of FRIENDS was formed.

Palitha was a great benefactor of disadvantaged youth, with his selfless commitment, lavish generosity, inspiring leadership and unlimited kindness.

Most unfortunately, the Founder of FRIENDS left this world for good on 4th September, 2016. 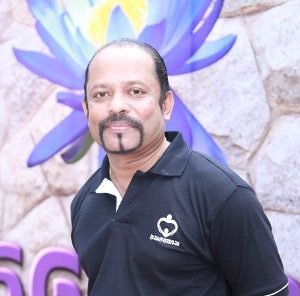 FRIENDS, a talented group of boys and girls, whose roots originated in the Youth Department of the Colombo Y.M.CA., banded themselves together, on the 1st January 1986 for the sole purpose of being of service to their less fortunate brothers and sisters housed in orphanages.